5% Off Promo Code At Checkout. Plus.. 5% Back In Loyalty Reward Points On All Purchases. Refer A Friend For Further 5% Off.
×
> Education & Training>Online Training>IT & Cybersecurity
NewSale! 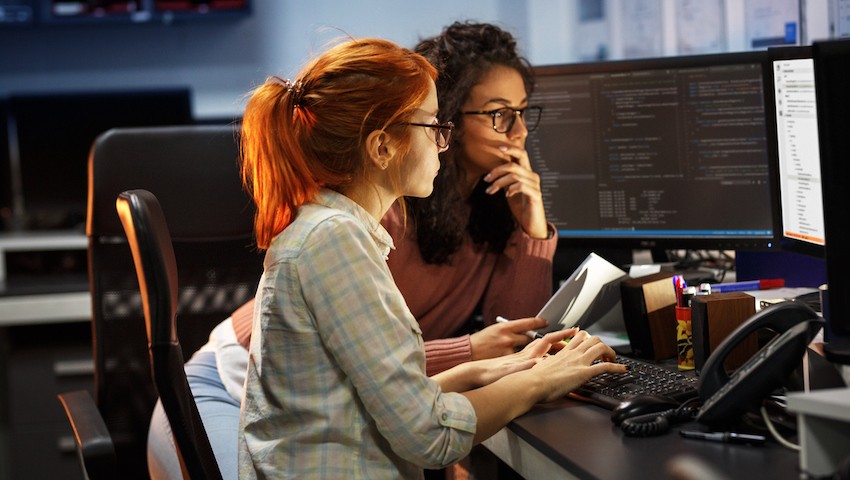 Get Your Free Online Course Today! What Will You Learn?

The course has been designed for someone without any prior knowledge of the subject and will allow the student to study the course at their own pace in their own home, emailed directly to your inbox.

No reward points for this product.

Learn about the history & time line of computers with this written online course. We explain the leaders and pioneers in the computer science industry. Read about the different types of computers throughout the years.

Read Below For A Sample Chapter...

Who Would Benefit from the Course?

This course is ideal for those that are either complete beginners to the field of Computers, Computer Science, Engineering and are considering making a career change to become a Computer Scientist, Software Engineer or Web Developer, with the aim of  getting an insight and understanding of Computers. Computer Technicians, Developers looking to reinforce their knowledge or to pick up some new skills. This course is also ideal if you are interested in a career in the field of computers though are unsure if you want to commit yourself financially and time wise to a full computer science qualification.

Read a sample chapter below...

A lesson that we all can learn from Babbage’s Life
Charles Babbage had huge difficulties raising money to fund his research. As a last resort, he designed a clever mathematical scheme along with Ada, the Countess of Lovelace. It was designed to increase their odds while gambling. They bet money on horse races
to raise enough money to support their research experiments Guess what happened at the end? The lost every penny that they had.

Harvard Mark 1 – 1943:
Howard Aiken and Grace Hopper designed the MARK series of computers at Harvard
University. The MARK series of computers began with the Mark I in 1944. Imagine a
giant roomful of noisy, clicking metal parts, 55 feet long and 8 feet high. The 5-ton
device contained almost 760,000 separate pieces. Used by the US Navy for gunnery and
ballistic calculations, the Mark I was in operation until 1959.

Transistor – 1947
The first transistor was invented at Bell Laboratories on December 16, 1947 by William
Shockley. This was perhaps the most important electronics event of the 20th century, as
it later made possible the integrated circuit and microprocessor that are the basis of
modern electronics.

Cray 1 – 1 976
It looked like no other computer before, or for that matter, since. The Cray 1 was the
world's first "supercomputer," a machine that leapfrogged existing technology when it
was introduced in 1971.
And back then, you couldn't just order up fast processors from Intel. "There weren't any
microprocessors," says Gwen Bell of The Computer Museum History Center. "These
individual integrated circuits that are on the board performed different functions."

Apple Macintosh – 1984
Apple introduced the Macintosh to the nation on January 22, 1984. The original
Macintosh had 128 kilobytes of RAM, although this first model was simply called
"Macintosh" until the 512K model came out in September 1984. The Macintosh retailed
for $2495.

Super fast easy delivery simple as 1,2,3 been wanting to do this course for ages and now I got it at a bargain price thank you

Thank you, for a great service,I will use vouch Off next time!

Thank you, Trevor! I’m looking forward to starting my courses, fab service and I am so excited xcited I will definitely recommend

16 other products in the same category: